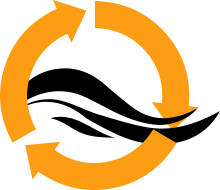 Interviews, completed projects and updates. Read the latest news on Sea2Cradle and the ship recycling industry.

A prestigious project at the Port of San Francisco (USA). In collaboration with Dockwise, Sea2Cradle has arranged for the safe and environmental recycling of the over seventy year old “San Francisco Dry Dock #1”. The structure was placed on the special heavy lift vessel MV Tern and transported to a recycling yard in China. Because of the rather precarious condition of the bottom of the dock, additional measures were taken to ensure the workers could operate in a safe and healthy manner. A special team put the hazardous materials into bags that were inspected by the Sea2Cradle site team and stored in the hazardous material warehouse for further handling. Despite the condition of the dry dock, the process of pre-cutting and offloading of blocks went very smoothly. The last step was to move the floating bottom to the dry dock of the new-building site. In total, the cutting and demolition of the San Francisco Dry Dock #1 took only six weeks to complete after the structure’s arrival in Zhoushan.

For a small photo impression, see project 99 on the Track Record page.

Sea2Cradle has reached its 100th project! This milestone concerns a crude oil tanker, which arrived in China on 11 November 2014. The project started off with a conference between our site staff, and the yard’s and sub-contractor’s project managers, site managers and team-leaders. The conference addressed the key points of pre-cleaning, ship-cutting and site management, after which the work could commence.

Initially, there were too few workers to complete the project within the agreed upon time. In collaboration with the yard, the Sea2Cradle team solved this issue and from then on there were about fifty to sixty workers on the job. The vessel was declared recycled on 30 January 2015.

For a small photo impression, see project 100 on the Track Record page.

Sea2Cradle’s company profile was featured in the magazine of Shipping & Marine in their 117th edition.

Sea2Cradle is proud to have been involved in the application of two Chinese recycling yards to the European Union (EU) to become an approved facility to demolish ships registered with member states. Sea2Cradle was consulted because of its high Health, Safety and Environment standards as well as its fifteen years of experience in the ship recycling industry.

Sea2Cradle has successfully completed the recycling of its first oil rig: “Kulluk”. As in all our projects, we first made a detailed Inventory of Hazardous Materials. Based on that, we created a unique ship recycling plan tailored to the specifics of the rig. Due to the size and complexity of this special project, it involved about fifty to sixty workers. The whole process was completed within twenty weeks of the oil rig’s arrival at the ship recycling yard, after which Sea2Cradle and the recycling yard issued certificates of pre-cleaning and demolition.

For a small photo impression, see project 84 on the Track Record page.